Park Ji Eun wows viewers with her clear eyes and attractive atmosphere in the released photo. Especially, as the oldest member of PURPLE K!SS, she showed off her personality and charisma successfully.

In addition, Na Go Eun, who successfully transformed her styling with purple hair color, wore a costume with gorgeous bead decorations, and stole our eyes with her rich atmosphere, and is expected to be a member with excellent vocal and dance skills. PURPLE K!SS will release  concept photos of each member in turn, starting with the two members, to draw attention of their debut album ‘INTO VIOLET’.

In addition, Park Ji Eun and Na Go Eun appeared on Mnet’s “PRODUCE48” broadcasted in Korea on 2018 and received great support from viewers with their stable vocal abilities and great live performances, securing a lot of fandoms (a specific group of fans).

PURPLE K!SS released two pre-debut singles ‘My Heart Skip a Beat’ and ‘Can We Talk Again’ prior to this and their official debut album ‘INTO VIOLET’ will be released on March 15 at 6 p.m. through various music distribution sites. 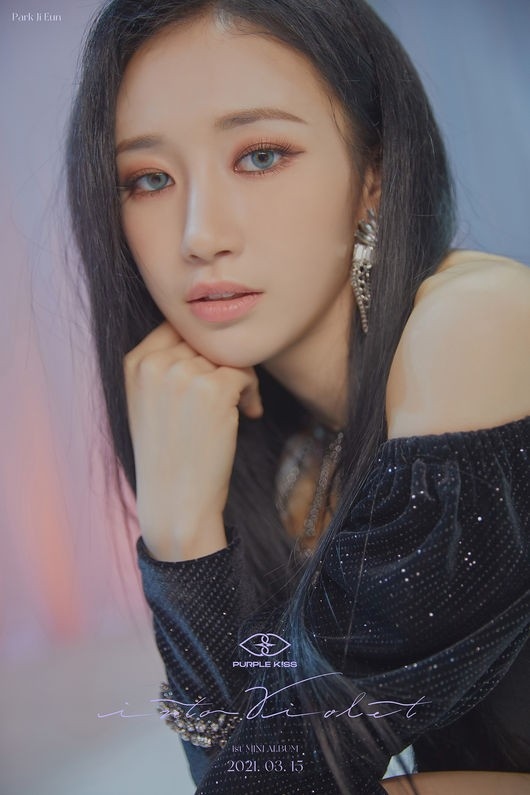 Girls' Generation Taeyeon reveals her sexy selfie... mysterious charm.
2PM Taec-yeon and Kim Hye-yoon will appear in the new drama "Tale of the Secret Royal Agent and Jo Y...
SM announces that it will release an audition show by the end of this year (NCT Hollywood) in collab...
Lee Sung-kyung releases a photo shot with a dreamy atmosphere
Maria loses 30kg to make her debut as a singer in Korea... and reveals her diet
Kim Jae-hwan from Wanna One releases his new song "Burned All Black" (새까맣게)" today... Expectations f...

This is our god 주 하나님