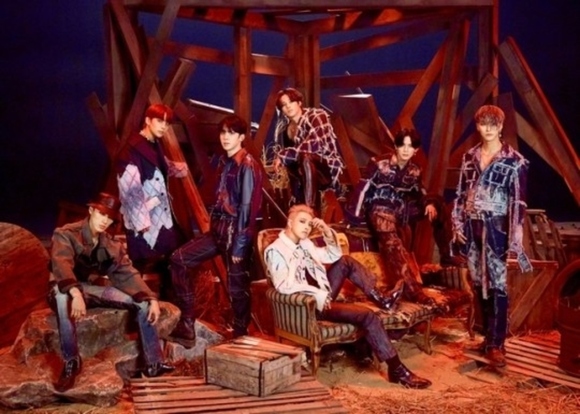 Photo by. KQ Entertainment
ATEEZ is riding a wave of hotness by sweeping the music ranking in Korea and abroad.

ATEEZ made a comeback on March 1 with their 6th mini album “ZERO : FEVER Part.2” and achieved remarkable results.

Even before the album’s official release, ATEEZ’s pre-order exceeded 350,000 copies, and as soon as it was released at 6 p.m. on March 1, it became the top real-time search word on Korea’s major music distribution sites, as well as MelOn, Bugs! and genie.

Not only that, but ATEEZ’s new album also reached No. 1 on the iTunes Top Albums chart in 36 countries including the United States, the United Kingdom, the Netherlands, and Indonesia. It was also an impressive No. 1 on the Worldwide iTunes Album Chart.

ATEEZ will hold an online fan showcase on NAVER’s live video streaming app “V LIVE” at 8 p.m. on the 2nd, and will show the stage of the title track “I’m The One” for the first time.

Actor RyeoUn opens the official Japanese fan club! Expectations for future activities are rising
Lee Sang-Yeob, praised by fans for his ID photo that is too cool "Why are you so handsome?"
Former SISTAR Soyou's comeback on March 11... Produced by Lee Hyori & Babylon
Maeng Seung-ji shows off her beauty : denial of plastic surgery
Congratulations on the exhibition of Son Ye-jin's "Crash Landing on You"! Special movie arrives for ...
Yoo Seon-ho from "Produce 101" shows off his cool charm while riding a bicycle...